“The pain will never go away”

One day, during level 4 of the lockdown, Gale du Toit (72) sat in front of her computer, but she did not concentrate on the word document that was open in front of her. She was busy writing a eulogy – to her mother – who died almost two years ago. Next to her computer, was a bottle of strong pain medication… 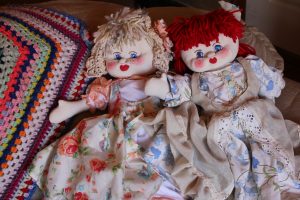 Her dolls, made from leftover cloth, stared at her. They were her company these past few months. Everyone has a name. Sara. Johan. And the name she still tasted on her tongue but did not want to speak out loud – was that of her mother. Margery. The dolls that look like real children have been her hobby since her mother died. She bought the materials with her SASSA-pension. But she never sold them, instead, she gave them away to the Centurion Hospice and to an orphanage. 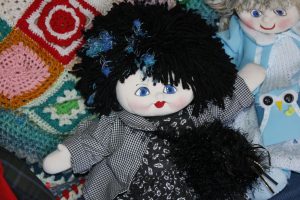 Then her hand reached for the pills – but a voice called out to her – to pick up her cell phone and call the Centurion Hospice. Within minutes a social worker, and a traumatologist and member of the board of directors, Elize Thirion, were at her doorstep.

“They saved my life, that day,” Gale said puffing on one cigarette after another, while sitting in the same chair her mother used to sit in. 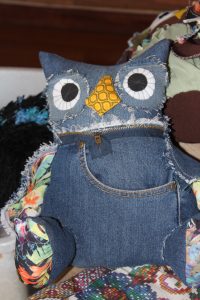 “People do not really understand my turmoil, but my mother was like my best friend, my travel companion, one can almost say like a partner to me as well. We lived together for most of my life, except for the few years when I was young and moved from Sasolburg to Pretoria. It is difficult to live without my mother. I have never been married, but I have a son whom I do not see that often. My mother was my support, company and my saving grace.”

Around seven years ago, Gale and Margery moved into a one-bedroom garden flat in Valhalla very close to the Centurion Hospice. They shared a room that had two single beds in it. The small kitchenette and the sitting room became their save haven. 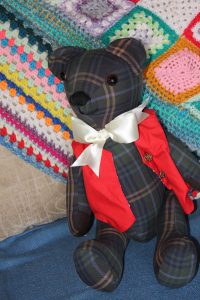 More or less two years ago, Margery was diagnosed with bone marrow cancer. This was a cancer that aggressively attacked the cells. Within weeks her condition deteriorated. “My mother never wanted to go to a doctor because she was afraid of needles. But during the month of October, I forced her to go.”  The diagnosis was unambiguous; Margery’s cancer is aggressive. She is going to die.

Gale took it upon herself to look after her mother – a decision that had a huge impact on her own emotional and psychological wellbeing. She had to dress her, feed her, wipe her, bathe her. “She was a large woman, we are large women, and it was difficult to bath her and to dress her. At night, I heard her crying in agony. I could not do anything to ease that pain.”

Gale realised that she needed the help of the Centurion Hospice-staff.  “I knew my mother would die – nothing could be done- but the staff at the Hospice made her pain bearable. They helped me to carry this burden.”

What is pain management?

It is always possible to ease the pain for patients with life-threatening illness and particularly so in the terminal phase.  Making the patient comfortable and improving their quality of life till the very end, is the prime objective.  Successful pain management is always individualised as each patient’s response to their illness progression is different, and it is for that reason that hospice takes a holistic approach tailored to each person.  It means that emotional or psychological pain is also treated as it impacts on how a terminal patient experiences pain.

Why do some people experience loss so intensely while others seem to recover more quickly?

There is no “normal” when it comes to grief.   Mourning is as personal and unique to every person as their fingerprints.   Some people cope better than others with the transition to a life without a loved one physically present – often people with busy lives and purpose that provide some distraction.  This however is not so for everyone.  I personally found years after my mon died that I sometimes unexpectedly feel as if someone has knocked my wind out.  It hits me with an intensity that I cannot explain or understand.

So the only assurance I can offer is: “grieve as you must, grieve as you will. Don’t be curtailed, this too shall still”